Hertfordshire’s Kashii aka Gary West has been on the rise since stepping onto the scene in 2010 via material on Fatboy Slims Southern Fried Records and Kerri Chandler’s Madtech, the latter being a label which he now heads up the A&R department for. Kashii has continued with both imprints releasing a string of material via the labels over the past few years, amongst others such as Four40 and Klub Kids, picking up support along the way from the BBC Radio elite – Annie Mac, Pete Tong, Annie Nightingale and B Traits, plus further support from DJ’s such as Disclosure, Bondax and Copyright.

Kashii’s formative production years during a four-year stint living in Brighton helped to sculpt his palette of sound, initially starting in Garage and 2-step before progressively gravitating towards a more house focused sound of late. Now, as things have progressed musically his productions have taken him across the globe to play in France, Australia and Thailand, as well as some of the UK’s leading festivals such as Glastonbury, Bestival, Secret Garden Party and even Croatia’s ever growingly popular Outlook festival.

With such an impressive coterie of accolade names on board for Kashii productions we can no doubt expect to hear more from this rising talent in times to come. 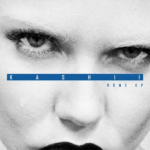 Richard Main aka Kalyde is yet another exciting young talent emerging out of London, UK. He initially stormed onto the underground...
Copyright 2019 | Madtech Records
Back to top