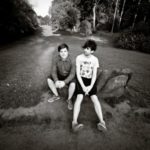 In 2010 Mia Dora was born and they set about developing a sound drawing on house, techno and hip hop. Since inception, the pair have proved themselves a unique voice in UK club music, with early productions like ‘Freckles’ and the Big Dada-released remix of Roots Manuva’s ‘Get the Get’ quickly garnering airplay from Mary Anne Hobbs, Giles Peterson, Rob Da Bank and Mash, amongst others. Mixmag and DJ Mag cited the remix as one of the standout tracks of the year, and declared Mia Dora an essential act to watch in the near future.
From the hugely acclaimed Roots Manuva remix came a slew of releases for High Sheen and Moda Black, with the duo releasing ‘Jailbait’ and ‘Ill Defined’, two four track EPs, ‘Romanticise’ and ‘Occams’, and a critically acclaimed remix of Romathony’s classic ‘Let Me Show You love’.

2013 saw the release of ‘Clear’ on Moda Black, which Pete Tong named as his Essential New Tune, and the release of the ‘You In The Future’ EP on Kerri Chandler’s highly respected MadTech Records. The year also saw radio play from Annie Mac, Skream & Benga, Heidi, B.Traits, Toddla T, Mista Jam, Giles Peterson and Rob Da Bank, as well as guest mixes on 1xtra and Rinse FM. In December Pete Tong named Mia Dora as his Future Stars on BBC Radio 1, as well as Mixmag naming them one of their Hot 6.

With interest for the pair snowballing with every release, and upcoming releases for MadTech, Glasgow Underground and a string of remixes, the future looks bright for Mia Dora. In the meantime, you can catch Al and Rob on their monthly show on sceen.fm as part of Glasgow Underground. 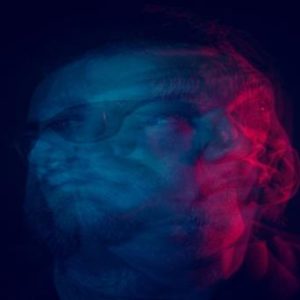 Brighton four-piece Let The Machines Do The Work have been making some serious waves since their recent inception.Already...
Copyright 2019 | Madtech Records
Back to top