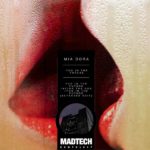 Hot off the back of a single on Moda Black, and a remix of Romanthony on Glasgow Underground. British duo Mia Dora, drop ‘You In The Future’ this November.

Brit duo Mia Dora, have been making quite the names for themselves since stepping onto the scene in 2010, earning their initial wave of support off the back of remixing Roots Manuva’s, ‘Get To Get’ for Big Dada, which was picked up by Radio 1 aficionado’s Giles Peterson, Mary Anne Hobbs and Rob Da Bank, a striking indication of the pairs undeniable talent. Fast forward two years and the duo have been snapped up for Jaymo & Andy George’s Moda imprint, and have firmed up their name as one of the hottest acts of 2013 having been enlisted to rework Romanthony, Walker & Royce and Grum.

Title track ‘You In The Future’ kicks things off, seeing the duo embrace a rawer, more upfront focus in comparison to previous singles. Smoothly shuffled drums lead the way, while cosseting Rhodes, a bumpy, sub-driven bass-line and a classic organ hook build the melodic movement. Things intricately evolve throughout the tracks seven-minute duration, with baroque changes in the structure, and additional elements such as a hypnotic acid line, keeping things intriguing and evolving dynamically as the record blooms.

Following is ‘After The Dog’, the duo again opt for a rough and rugged feel with the drums, while an insistent rounded sub bass drives the groove, and consistently varied classic chord stabs fuel its energy levels. Drawn out reversed sweeps then build tension alongside sporadic percussive rolls, to create a profound impact when reverting back to the sturdy foundations. To close the release Mia Dora offer up an ‘Extended Edit’ of ‘You In The Future’, doing exactly as it says on the tin and drawing out the infectious groove for extended mixing pleasure.

GET YOUR COPY OF “YOU IN THE FUTURE” 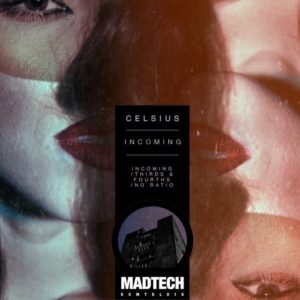 South London based, Celsius, has built quite a name for himself over the past few years, releasing with Jaymo &...
Copyright 2019 | Madtech Records
Back to top