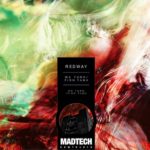 Robbie Redway, better known as simply Redway, is a multi-talented singer, songwriter and instrumentalist based out of Southern England. Redway’s talents have become more and more evident over the past year with the young artist working alongside the likes of Midland, Pedestrian and a coterie of other up and coming producers. With this in mind it’s no surprise to see him snapped up for a single on the ever on-point MadTech Records here, following the footsteps of No Artificial Colours, Mia Dora, Citizen and Thefft, the latter of which stepped in to work alongside Redway on a track each for this single.

First up we have ‘We Turn’, something entirely refreshing and unique in itself, with classic deep house tropes driving the musicality, while Redway’s heartfelt vocal lines add a shimmering charm and modern appeal to the record. Citizen’s production skills are also prevalent as we hear tinges of soul and intricate processing running throughout the track. As expected from MadTech we have yet another forward-thinking record here, which retains all the aesthetics of classic house material, yet clearly has its sights set far into the future with its timeless feel.

Following and closing the single we have ‘Fishtank’, which again sees Redway deliver something striking and distinctive in its own right. Another idiosyncratic house cut, built around poetic vocal styling’s from Robbie again, gritty stripped back rhythms and sub-led low-end tones, fuelling its rugged yet dreamy dance floor appeal, a characteristic you’d expect to hear with Thefft being thrown into the production process. 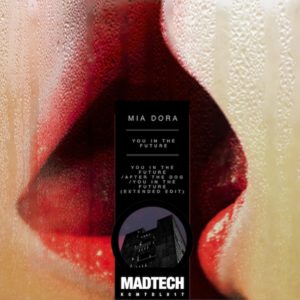 Hot off the back of a single on Moda Black, and a remix of Romanthony on Glasgow Underground. British duo Mia Dora,...
Copyright 2019 | Madtech Records
Back to top