London based duo Tough Love have been at the forefront of the house scene for sometime now since they started out in 2011. Their distinct production, together with energetic and bass-heavy DJ sets, has created a cult following of hard-core fans across the UK and beyond. Their sound is instantly recognisable in their production hard-hitting grooves accompanied by crisp drum layers & undeniable dancability. It’s this infectious sound that won them ‘Best Single’ in The Bass Music Awards 2015 and saw them nominated for ‘Best Breakthrough Act’ at the DJ Mag Awards in 2016 & see’s them rated in the top 50 house acts in the world in 2018 on Beatport.

2018 has already kicked off with a bang for the dynamic duo, their first release of the year ‘One Love’ picked up huge support in the clubs & was championed on BBC Radio 1 Dance Anthems. But the boys we’re just getting started, “Dancin’ Kinda Close” on Nothing Else Matters/ RCA debuted on Radio 1 has been a huge summer hit, supported by the likes of Fat Boy Slim, Jax Jones & Danny Howard, hitting the Beatport top 5, with over a millions streams & rising. On top of this the dynamic duo have just singed a new deal with Warner Borthers , which will see them step back into the spotlight with ‘Rain Dance’. While keeping their hand in the underground with releases coming on America’s premier label Insomniac, Australia’s number 1 label Sweat It Out, Kerri Chandlers Madtech & compiling & mixing one of the most coveted album compilations in the business ‘Pure House’ 2018, its easy to see why Tough Love are once again at the very top of the house scene. 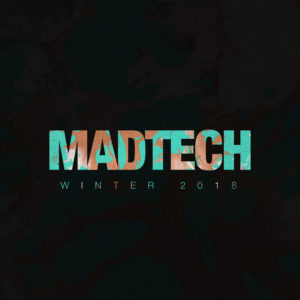 MadTech finish up the year with its ‘Winter Sampler 2018’ compilation including eight exclusive tracks from Josh Butler,...
Copyright 2019 | Madtech Records
Back to top
In common with the majority of websites, we use cookies to provide the optimum site experience; this includes anonymously tracking usage, and cookies provided by third parties whose content is included, such as Spotify, Soundcloud, Twitter, Facebook and Google. If you continue to use this site we will assume that you are happy with this.I agree