One of Cologne’s youngest and brightest electronic music stars on the rise, Tim Engelhardt didn’t gatecrash the scene out of leftfield, but started his path to connoisseurship fairly early on: trying to rewrite the piano pieces he had to practice at the tender age of eight, he showed an independent creative mind from the get-go – a character trait that would prove exremely helpful for a later career as electronic music producer. But it was only when Tim later discovered the releases of Cologne techno luminary Robert Babicz that synthesizers and bass drums moved into focus – a brilliant producer, live performer and mastering engineer with a keen sense for sonic detail, Babicz became the perfect role model for young Tim, inspiring our hero to seek out his own place in electronic music while honing a concise understanding for all facets of production.

Underscored by a torrent of remix and release offers, Tim’s busy schedule is testament to his growing popularity among electronic music fans – preparations for tours to the US, Asia and India are underway, and also a first trip to Australia has already been checked off that bucket list. Meanwhile, inspiration for Tim’s personal brand of melodic house and techno can come from many sources: childhood memories of Mike Oldfield’s “Tubular Bells” playing in his dad’s car, a walk in nature – or simply mining his modular synth for happy accidents. Gear, however, is only a means to an end for Tim: rather than drooling over hardware, he celebrates art with a distinct personality – art that carries a piece of its creator inside. To find the most powerful expression for the sounds in his head, that’s his mission… which is why Tim’s music sounds nothing like your run-of-he-mill, straight-to-DJ floor chow, but subtly turns heads with a cohesive, fully-formed musical vision that shines in the club and at home. 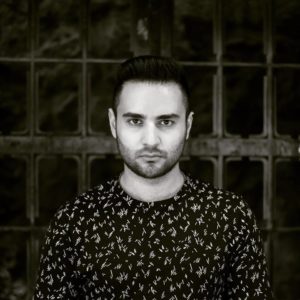