Industry giants Pete Tong, Dubfire, Tale of Us, Nicole Moudaber and John Digweed are amongst Habischman’s ardent supporters, recognizing his accomplished and unique sound; with his tapestry of tones on regular rotation on BBC Radio 1, In The Mood and Transitions Radio, shows to name only a few.

Since cutting his teeth at the Red Bull Music Academy in 2008, studying alongside the likes of Jamie Woon and Septa, Habischman fast developed a considerable standing amongst his peers, with a succinct choice in sound and dominant drive to succeed. His talent has been compared to electricity, instantly igniting clubs, shining above the collective halo of many of clublands long-term steadfast figures. Fast forward to 2016, taking to the booth at London’s legendary Ministry Of Sound alongside Dave Seaman, stamped a lasting impression on both Habischman and the capitals seasoned clubbers and immediately spring-boarded him further onto the international circuit, setting up camp in Berlin where he honed his studio skills and played all the notable underground clubs. This isn’t about popularity in a commercial sense, but all about the music, and that as they say, is the perfect vehicle for the hype that’s not only well deserved, but one that makes an ongoing impact upon the industry long term. 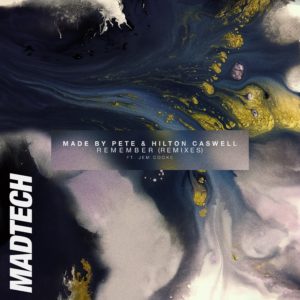 Made By Pete and Hilton Caswell’s ‘Remember’ returns to Madtech Records in February as the label reveals a fresh set of remixes...
Copyright 2019 | Madtech Records
Back to top