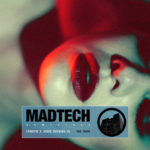 Kerri Chandler’s MadTech Records return this July with a collaboration between two artists from the US & UK, Let The Machines Do The Work & Jesse Boykins III on new single ‘The Rain’.

UK based house collective Let The Machines Do The Work have been making some serious waves since their recent inception. Having dropped their debut tracks to universal acclaim (Radio 1 includes Zane Lowe, Pete Tong, B Traits and Mistajam as well as online support ranging from Noisey, MTV, Annie Mac’s FMM, Mixmag and more), LTMDTW have teamed up with NYC based American RnB/ Soul singer-songwriter Jesse Boykins III to create a smooth house groove in the form of ‘The Rain’, which is set to be the soundtrack to the summer.

Jesse Boykins III has built a reputation for being one of the most credible and sought-after songwriters around, hand-picking collaborations with the likes of The Weeknd, TOKiMONSTA, Gold Panda, Melo-X and electronic mastermind Machinedrum, the latter of whom is the DJ/Producer in his band ‘The Beauty Created’ and who has recently produced Jesse Boykin’s ‘Love Apparatus’ album that has been pushing/defying genre boundaries and expanding his sound into new territories.

By taking a live approach to making music, LTMDTW clash analogue and digital equipment with elements of house, techno, and soul to craft that elusive human edge often lacking in modern dance music. Influenced by everyone from Kraftwerk to Maurice Fulton via Loefah and Boddika, it was only a matter of time for LTMDTW’s musicality to appeal to Jesse Boykin’s preference for live instrumentation, organic tone and innovative sound; the result of which can be heard in their track ‘The Rain’.

Remixes come from MadTech’s very own Celsius with his signature bass heavy rework, upcoming duo Illyus & Barrientos and Brighton based duo Anushka –round off the package nicely.

‘The Rain’ is out 7th July exclusively via Beatport and 20th July on general release.

GET YOUR COPY OF “THE RAIN”

NO ARTIFICIAL COLOURS - THE MENACE - (KCMTDL023) 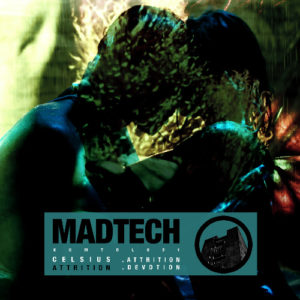