Following the announcement to re-launch our acclaimed ‘MTDL’ free download series, we sat down with a past MTDL artist, Iglesias, who has since had releases on ViVa, Under No Illusion and more recently announced, Resonance Records.

We are now accepting demo’s for the MTDL release series, which will be showcased via a 65,000+ fanbase on the Madtech social platforms and serviced to our in-house DJ promotion list, with consistent responses from the likes of Disclosure, Jamie Jones, Roger Sanchez, Hot Since 82, ViVa Music, Richy Ahmed, Solardo, Sam Divine, Josh Butler and hundreds more.

Please send all demos as downloadable, streamable links, with a bit about yourself (including previous releases etc.) and MTDL as the subject to: demos@madtechrecords.co.uk – Or send via our Soundcloud (www.soundcloud.com/madtechrecords).

Hey man, thanks for taking the time to speak with us. You seem to be firing on all cylinders at the moment, with one of your tracks at #13 on Beatport and video’s of Marco Carola, Archie Hamilton and Nic Fanciulli all dropping your music! How does it feel to have such worldwide support?

Hey guys, no problem at all. Thanks for reaching out 🙂

Yeah I’m not gonna lie and be cool about it; it’s probably the best feeling a producer could ever have haha! I think when you sit down to write new music in your studio/ bedroom, on the train or wherever, you never know what the outcome will be. Then when you manage to sign it, you wait a few months for it to be released not knowing what the feedback will be like. So when it actually does well and you get the big guys supporting, it is an incredible feeling. But for me it’s not just about the big guys playing my tracks. I love getting sent videos of people playing it at their house parties, after parties, kitchens, cars; it doesn’t matter where it’s getting played, it’s more the fact people actually enjoy what I’ve made – incredible feeling. The fact people have gone out of their way to buy music I made is pretty damn cool.

Do you feel like there was a point where you crossed a line and everything clicked musically, or has it been a slow and steady progression up to this level?

It’s been a fairly steady progression. I think when I first got into all this I would hear new names and artists appear out of nowhere and think, fuck, where has he come from? But only when you actually put yourself in their position you realise they were probably at this for 5 or so years prior to their ‘big break’. Nothing happens over night. I’ve not tried to rush into things and whilst I was learning to produce, I was DJing a lot, running my own nights and building contacts and relationships so that when I thought my music was good enough I could reach out to labels a bit easier.

I think the hardest part about all this is creating your own sound and standing out. I think that finally clicked last year after I came back from the opening of Music On with Latmun. My style has kind of changed since then and I decided I would fuse the Italian rolling sound with the UK tech House and classic disco-ey/ catchy vocals! No one was really doing that kinda thing.

It’s a tough environment out there for young DJ’s and producers at the moment, with so much competition and the importance of social media growing by the day, what would you say is the toughest thing about trying to break into the music scene?

Yeah it is hard. But I have pretty much sacrificed everything else to do this. I have missed out on weddings, friends birthdays, family events and much much more to make sure that I never missed an opportunity – big or small.  I think if you want something bad enough you will go out of your way to make it happen. If you have a free weekend/ evening/ afternoon; don’t just go out with your mates and get pissed up – get in the studio, make some music and put the hours in. I think recognition comes when you start making great music. So in some sense it can be tough but that’s the fun about it, if it was easy, everyone would be a Dj.

You released on Madtech through the MTDL Free Download series a few years ago now, do you think this helped you as an artist at the time, and would you recommend this type of promotion to artists seeking exposure now?

Yes it did. Although I don’t think my music was up to scratch back then, it was great to put myself on the map and gain confidence with what I was trying to do. Getting your first release is hard as labels have nothing to go by and they are just trusting your music is good enough. Having music out on such a respected label like MadTech was great and helped me sign my next records on Under No Illusion and then Viva music.

What advice (if any) would you give yourself three years ago if you could?

Give up smoking lol. But on a serious note I don’t think I did anything wrong in my approach to all this. I happened to be in the right place and the right time in many situations, so a lot is down to pure luck! My best advise I can give to others is take every opportunity that comes your way, meet as many people as you can and surround yourself with music! 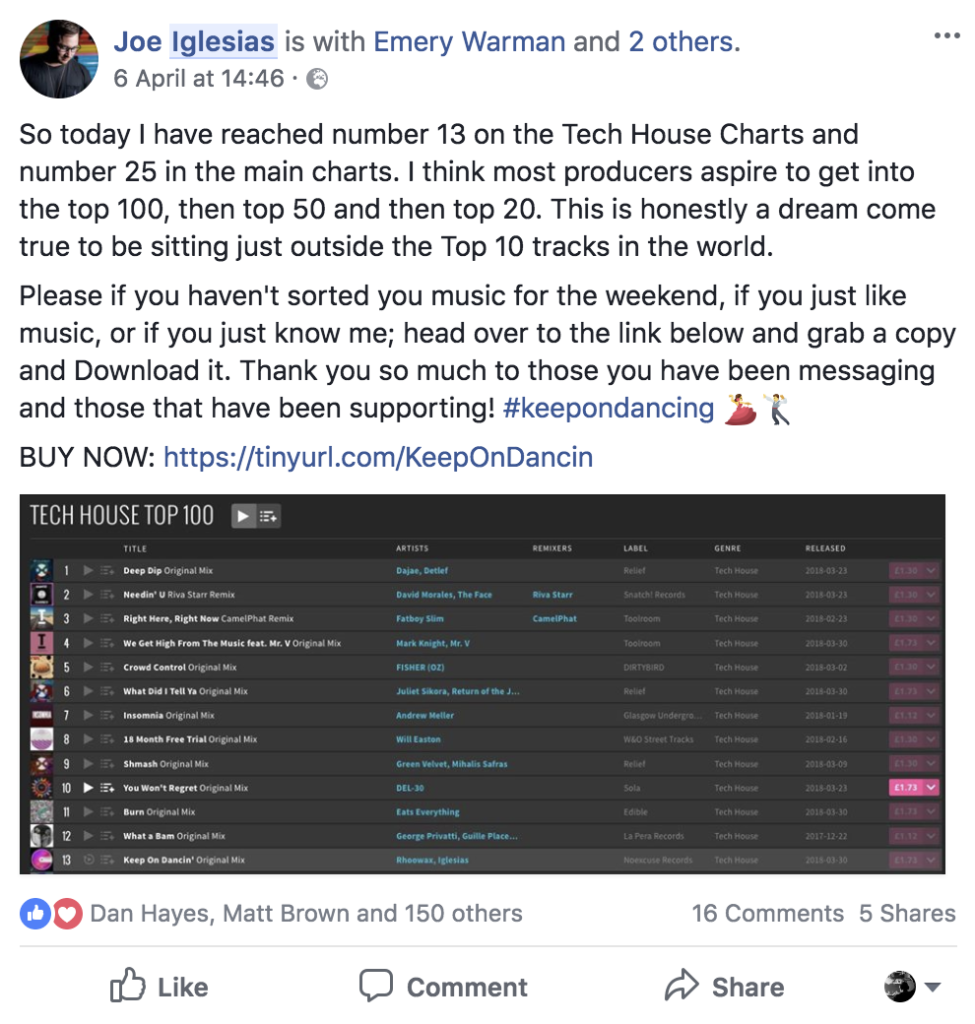 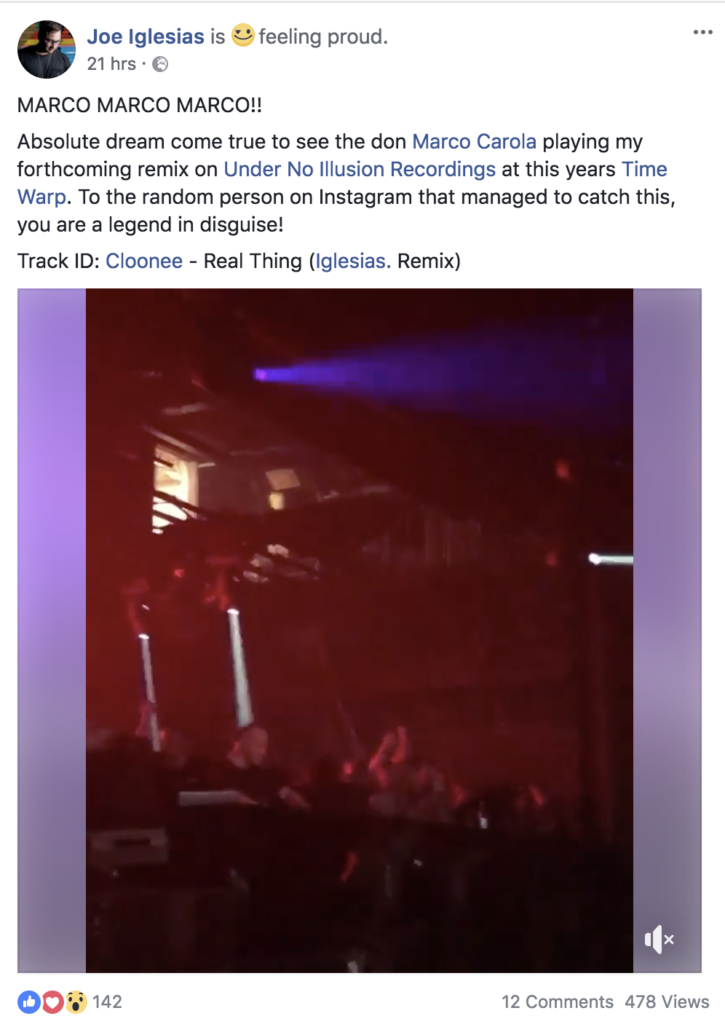