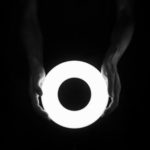 Creating a truly unique sound in this day and age is no mean feat – but Celsius has defied the odds. Combining swung garage percussion, orchestral strings and serotonin-inducing chord progressions has produced a truly ear-catching sound that has enlisted fans as diverse as Claude VonStroke, Huxley, Skream, Pete Tong and many more. His debut release ‘Super FM EP’ was debuted in 2012 on Uno Mas Records, with lead track ‘Sentiment’ gaining Radio 1 play from Annie Mac, Jaymo & Andy George and even a spin from Nick Grimshaw. Following closely after came tear out club banger ‘This Way’ offered up as a free download, gaining a new raft of support and spreading his sound even further. His brilliant ‘Must Be You’ was one of the most talked about tracks on the award-winning Moda Black album – prompting all kinds of speculation about this incredibly talented newcomer.

Sticking in good company at Moda Black, he has also presented his best work yet; a revealing two track EP ‘Thought As Much’, that lays bare the essence of Celsius. Musically endowed, soulful, impeccably produced and, quite clearly, a native of South London. Putting another foot forward, he went on to join Kerri Chandler’s MadTech roster, following the steps of Citizen, No Artificial Colours, and Voyeur, releasing the ‘Incoming EP’ cracking the Beatport House top 20 and getting plays from DJ’s across the House scene.

Further support has come from heavyweights Huxley, Claude Von Stroke and Skream. With a break from Madtech, Celsius released a pair of tracks for free download via Uno Mas Records, showcasing the width of his musical world. Homegirl was a bumping percussive groover, heavily swung toms and snares with a catchy as hell vocal line ripping through. Kilo State on the flip side was a more cinematic exercise, swirling strings, ethereal vocal textures and super tight rhythmic elements. This lead to his return to Madtech with the release of ‘Attrition’, a track that in a sea of similar sounding garage house tracks, stuck out as something truly special. Dark, moody, gritty warehouse fodder, with a bullish droning reecey bassline that just stood out.

With the more string stab led ‘Devotion’ on the double A side, this EP went on to gain the full house of specialist radio 1 play from Pete Tong, Skream, Annie Mac, B-Traits and Monki. A vast selection of DJs across the board also showing support. With this current run it would seem Celsius is carving a real name for himself, showcasing his own original brand of house music and seems to be ticking all the boxes to elevate his career in 2014 and beyond. 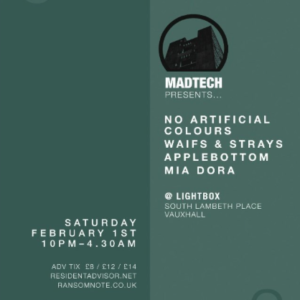