Wheats aka David Wheatcroft (that explains the name then) is a mere 20
years old who’s introduction to club culture came as a young child watching
his Dad DJ whilst peering over his record boxes in the DJ booth at his local
gigs. It wasn’t long until aged 14 he was sneaking into bars before the
bouncers arrived to DJ himself playing house music inspired by his father – a
big fan of American house.

It was also around this age that he became a self-
taught bedroom producer taking those classic house influences but adding a
new twist for today’s dance floors.

Aged 18 he landed a residency with the highly popular Love Amplified in his
hometown Portsmouth where he further developed his DJ skills in front large
crowds. At one of his first festival gigs called Mutiny he met one of idols, New
York house legend Kerri Chandler. The pair hit it off straight away so Wheats
gave Kerri a USB stick with his productions which Kerri liked so much he
started his set with “The Start” (you couldn’t make this up!) which got an
amazing reaction from the crowd. Wheats then joined Kerri in Ibiza for his set
at DC10 where he played 3 of Wheats’ tracks to the mammoth crowd leading
to the signing of the aptly titled ‘Fate’ to his highly credible MadTech label.

Having only released music for the last 2 years Wheats has already dropped
almost 20 tracks for the likes Amplified, Madtech, Cr2 and the mighty
Toolroom Records who believe in him so much they’ve now added him to the
roster for their Engine Room Management Company.

Wheats has DJ’d alongside the likes of Richey Ahmed, Kerri Chandler, Sandy
Rivera (KOT), Youssef, Santé, Sidney Charles and Sam Divine and receives
major support for his productions from Pete Tong, Mark Knight, Josh Butler,
Sam Divine and of course, Kerri Chandler who’s been a key supporter from
day one.

Continually breaking into the Beatport & Traxsorce charts and gaining support on Radio 1 from the likes of Pete Tong is no mean feat but this is a pretty incredible start to what looks set to be a pretty incredible career for the down to earth lad from Portsmouth. 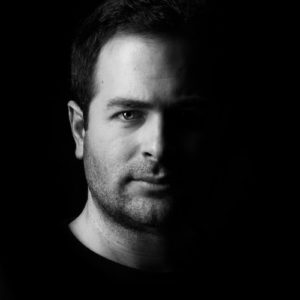 Some talk about nights in Chicago, others claim that they’ve seen him in Berlin. Many speak about Madrid. Many say that...
Copyright 2019 | Madtech Records
Back to top