Formed as a sister imprint of Madhouse in 2012, Madtech Records has since clocked up hundreds of releases from some of house music’s best emerging talent, as well as material from some of the biggest names on the scene. Following on from their latest instalment, Madtech’s Various Artist series returns this July tying together productions from Dutch producer Aron Volta, following releases on the likes of Blind Visions and PIV Records, Downhill Music label boss and Spanish artist Juliche Hernandez, recent Nurvous Records signee Lose Endz and Amsterdam’s Attek.

Kicking things off, acid melodies float in and out of Aron Volta’s intricately crafted ‘Eprom Burner’, a cut held together by a deep bass groove and spiralling effects, until Juliche Hernandez layers robotic zaps, spacey atmospherics and bouncy pads with echoing vocals to evoke an otherworldly feel in ‘Orbitax’. Next up, Lose Endz’ ‘Pirucha’ takes it darker with raw kicks, a dubby bass and warm atmospherics, while Attek’s ‘Stuck In My Head’ is a stripped back Detroit house number, coloured with crispy high hats and soulful stabbing chords. 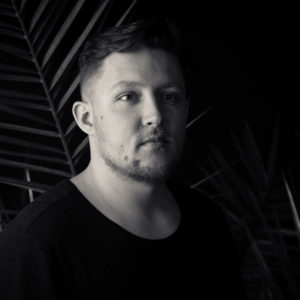 Azteca’s music will make you feel like you are on the beach, with sand in your shoes, sipping from a cocktail. He knows...
Copyright 2019 | Madtech Records
Back to top