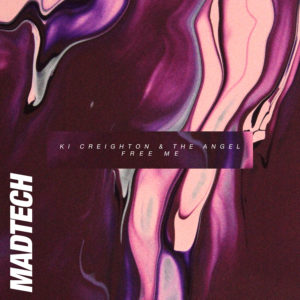 MadTech Records second release of 2018 comes from Ki Creighton & The Angel with the track ‘Free Me’, featuring two remixes from David Herrero and Davina Moss.

After a string of releases on various labels such as Leftwing & Kody’s Lost Records, Elrow Music, Riva Starr’s Snatch! Records, and an album through Under No Illusion, Ki Creighton is now set to join the MadTech roster alongside The Angel who’s notably known for her work on Supa Crucial and her film scores for ‘Boiler Room’ and ‘KiDULTHOOD’, but more recently collaborated with Yousef for a Crosstown Rebels release.

Title track ‘Free Me’ opens the release with a deep, melodic feel, accompanied by The Angel’s soulful vocal stylings, resulting in a powerful collaboration with a classic meets contemporary aesthetic.

The remixes follow and both are edged towards the dancefloor, the David Herrero Remix is up first and keeps the soulful vocals of the original while switching the core of the track into something deeper and rougher. The Davina Moss Remix follows suit, a stripped back dubbed out version, which removes the vocals but plays with the percussions and synths from the original to create Moss’s own unique spin on things. 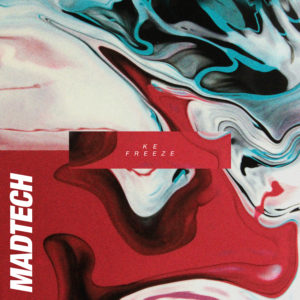 MadTech Records kicks off 2018 with the ‘Freeze’ EP, a three-track collection coming courtesy of KE aka Kid Enigma. Keith...
Copyright 2019 | Madtech Records
Back to top