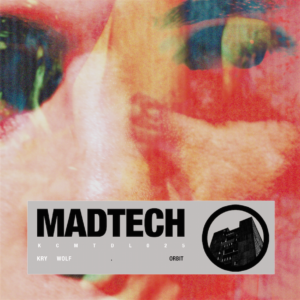 This November will see MadTech Records return with its twenty fifth release, this time coming courtesy of Kry Wolf who offers up ‘Orbit (Give It Up)’ accompanied by a South Royston remix.

Hotly tipped duo Bill Francis & Lewis Darvill aka Kry Wolf have been carving out quite the blossoming career over the past three years, unleashing material via their own Sounds Of Sumo imprint to critical acclaim, and recently via Food Music another creation coming from the duo alongside Shadow Child. Amongst the duo’s highly praised material, other recent notable accolades are appearances at fabric London, Bestival and Ministry Of Sound. Here we see the duo push on with a release via Kerri Chandler’s MadTech Records imprint, following EP’s from the likes of No Artificial Colours, Mia Dora and Celsius.
Opening things up is title cut ‘Orbit (Give It Up)’, seeing the pair fuse crunchy rhythms, dreamy atmospherics and bright bell chimes to create a cosseting atmosphere. While the wandering chord sequences, amalgamation of murmuring vocal lines and penetrative sub-bass tones add an insistent energy to the composition. The second original from Kry Wolf follows, entitled ‘Church Road Shuffle’, and as the name would suggest we’re treated to a bumpy swinging rhythms as the driving force, while a chuggy square wave bass hook, resonant synth licks and raw stab hits put a darker spin on things.
The package is then rounded off with a remix from another British duo, namely South Royston who reshape things with a more hook-driven feel, enlisting the originals punchy bass hook and mesmeric pad lines while adding their own take to things with stripped-back, rumbling rhythms and a smooth progressive feel.

GET YOUR COPY OF “ORBIT” 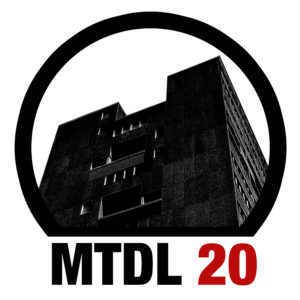 Our MTDL series introduces one of Mixmag's 'Hot Six' from their November issue - Simba. The young Sheffield based...
Copyright 2019 | Madtech Records
Back to top