Fast rising Spanish duo Iban Montoro & Jazzman Wax, Barcelona’s Iban Montoro and León’s Jazzman Wax have burst onto the scene.
Proof of this is the recognition by the prestigious store digital sales Traxsource naming the partner as nª2 the best artists in the world of Chicago House nº7
2016 and 2017.

Iban Montoro & Jazzman Wax are two house music purist. His sessions and productions are inspired by the House Old School in Chicago, ranging from the
deepest House to the most modern without forgetting genres such as Deep, Disco, Funk, Nu Disco, Hip Hop, Chill Out, 90’s 80’s 70 ‘s 60’s.

Their quality in their productions are reflected in a great career as producers editing in the most important labels of the globe such as: Ministry of Sound, Defected, Strictly Rhythm, Exploited, Robsoul, Madhouse, Nervous, i! Records, Great Lakes Audio, King Street Sounds, Do Not Sleep Ibiza, Glasgow Underground, Nite Grooves, Roush, Simma Black, Flashmob … more than 450 songs released since 2013, including collaborations with Kerri Chandler, Roland
Clark, Antoine Clamarán. .. and vocalists like house queen Barbara Tucker or Joi Cardwell and doing official remix to House Mr. Fingers’ ‘Can You Feel It’
anthem. 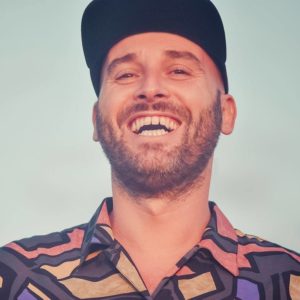 Javi Bora is the official resident DJ of Space Ibiza worldwide tours. He has also graced the best clubs and festivals in cities...
Copyright 2019 | Madtech Records
Back to top
In common with the majority of websites, we use cookies to provide the optimum site experience; this includes anonymously tracking usage, and cookies provided by third parties whose content is included, such as Spotify, Soundcloud, Twitter, Facebook and Google. If you continue to use this site we will assume that you are happy with this.I agree