The Cologne native, who has been making music for over a decade now takes inspiration from all music genres. DJOKO has given touch to many different productions which mainly reach from Techno to House and even ambient music.Not being born into a musical family nor having having any musical background didn’t hold back DJOKO from starting to create House & Techno music. In 2016 he started the Hoove event together with several good friends including Thalo Santana & Right On to bring back the House scene to his hometown Cologne. Since then many releases and hard work have paved the way to where he is now. He is always happy to learn from others and collaborate with other artists which led to him doing music with Artists like Billy Kenny or Jacob B.Releases on substantial Labels like Phobiq, Potobolo, or Be One Limited got him support by some of the biggest names in House and Techno.DJOKO has been on the move for several years by now and played venues all over europe. From Poland to Ireland, Netherlands and England. 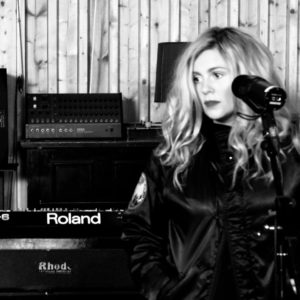 Jem Cooke is a singer-songwriter from London, who has worked with and had cuts with Cher, Wilkinson, Zero 7, Friction, Cristoph,...
Copyright 2019 | Madtech Records
Back to top