Devv has built himself a solid reputation in the Canadian house music scene as one of its most creative, upcoming producers. Coming off a breakout year, which saw the Toronto native release on a handful of respected labels, he’s showing no signs of slowing down in 2019.

His Blue Dream EP released in late 2017 on the Argentinian label Ladeep was what first attracted attention to his production work, receiving praise from many of his peers in the industry, including the well-regarded Yoyaku artist, Janeret. Since then, Devv has put out a steady stream of releases on labels such as Kina Music, Blind Vision Records, 4Plae Records, Unknown Label, Totoyov, and All Blak Records, a label which he founded in 2014 with two other partners. Priding himself on not sticking to a single genre, he works tirelessly on improving and refining his sound.

As for his DJ sets, his keen ear for quality records, along with his ability to adapt and read a crowd, have helped him lock in a number of gigs in his local scene, supporting international DJs such as Rhadoo, Josh Butler, Dennis Cruz and more. He also boast’s an impressive festival resume, with gigs in the past at Piknic Electronik, Igloofest Montreal, Digital Dreams, Wayhome Festival and Bestival Toronto.

Coming off his first European gigs in Rome and Berlin, Devv has kept up the momentum and been hard at work in the studio, with a number of releases already confirmed for the upcoming year, including his first releases on vinyl. 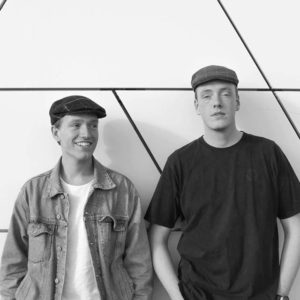 Kreutziger are the latest exponents of the new generation of artistry coming from the richly blended soil of Dutch electronic...
Copyright 2019 | Madtech Records
Back to top
In common with the majority of websites, we use cookies to provide the optimum site experience; this includes anonymously tracking usage, and cookies provided by third parties whose content is included, such as Spotify, Soundcloud, Twitter, Facebook and Google. If you continue to use this site we will assume that you are happy with this.I agree