An up-tempo house DJ with a dynamic and imaginative mixing style, Devstar is one of the UK’s most respected technical house DJs.

2018 saw the start of a long anticipated move into production, with his debut melodic and feel good summer track “Want You Back” released on ABODE Records in June 2018.

His follow up track “Take Control” signed with no other than Kerri Chandler’s iconic MadTech Records – the big piano led, 90s house influenced composition slotting in that sweet spot between classic house and modern dancefloor tech house. “Take Control”, due for release on 31 August 2018, is set to be one of the summer tunes of 2018, already earning early support from Richy Ahmed, playing it at the infamous Paradise pool party at Hideout Festival and Danny Howard, with a prime time shout out on Radio 1.

The melodic, uplifting and infectious feel to Devstar’s productions are synonymous with his reputed DJ sets. His superb video mini mixes and consistently impressive performances across the UK and abroad have earned him a number of credible accolades. In 2018, Devstar became one of Amnesia Ibiza’s resident DJs as part of the immensely hyped ABODE Thursdays, returned to play his fourth consecutive year at festival giant Hideout in Croatia and is set to return to the Warehouse Project for a third time. In 2017 Devstar, along with Jack Swift, joined ABODE’s exclusive roster, playing to sold out crowds at Sankeys Ibiza, plus shows across the UK and ABODE in the Park.

Devstar recently featured in DJ Mag as one of Hannah Wants’ Top 5 Up and Coming DJs and routinely features on her sold out UK tours. Devstar put himself on the radar in 2015 winning Hannah Wants’ UK DJ Competition in two consecutive years, beating 1000 other applicants in the process. 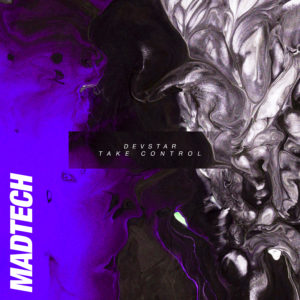 Coming Soon... Abode’s Devstar joins the MadTech Records roster in August with ‘Take Control’ including a remix from...
Copyright 2019 | Madtech Records
Back to top