Alex Ranerro is a DJ / producer from Slovenia. He always listened to various musical genres, gaining musical perspective from the early hip-hop records, soulful R&B tracks to a bit more classical house music anthems. That slowly lead to discovering electronic music and the production side of it.

Alex quickly found his passion in creating tracks, which allowed him to express himself in a unique way. His earlier releases found its way on the legendary labels like Bedrock, Glasgow Underground, Nite Grooves and MadTech, and that helped him to get to the stage where he’s finally been comfortable with his music. His recent releases on HouseOnWax and MyHouse YourHouse go way deeper while still maintaining his signature groove. Alex’s music was supported by some of the best artists in the industry such as John Digweed, Andrey Pushkarev, Cinthie, Darius Syrossian, Janeret, The Mekanism, Stacey Pullen, and others.

In 2016, Alex co-founded SolvdMag, an electronic music magazine and platform that encourage meaningful content created in the Balkans and beyond. With monthly SOLVD residency at Ljubljana’s finest underground club K4, Alex manages to grow as an artist alongside international talents such as Phil Weeks, Sakro, Julien Sandre, Jack Wickham, Kristijan Molnar, and others.

Alex’s musical output is embossed by his versatility as a music producer and DJ and cannot be pinned down to a single genre. Some of his own productions go way deeper, others are more targeted at the peak time, but there is a constant to all of them; it has got to be groovy and it needs emotion. Follow him on his musical journey. 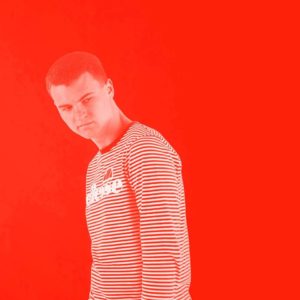 Underground Deep House, that's what Attek is all about. With his releases on labels such as: STRCTR Records, Large Music,...
Copyright 2019 | Madtech Records
Back to top